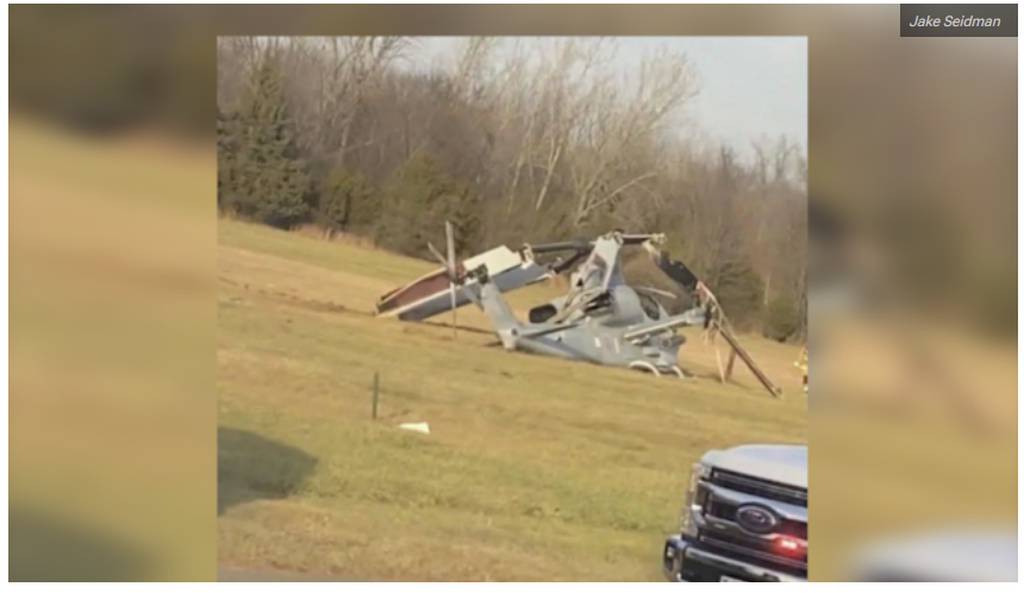 A Marine Corps AH-1Z “had an incident” around 3:30 p.m. EST Thursday in Wrightstown, New Jersey, outside Joint Base McGuire-Dix-Lakehurst, officials confirmed.

Two people on board were transported to nearby medical facilities and their condition was listed as stable on Thursday afternoon, according to a Release of the Marine Forces Reserve.

The incident is under investigation, according to the press release. No name or other details of the incident were immediately released.

A photograph published on the local television news site, nbcphiladelphia.com, taken by Jake Seidman, shows the plane bent into the ground, rotating blades broken on one side, and nearly half of the plane’s body collapsing in a field near a treeline.

Two Marines were killed in a Viper crash in March 2019 at Marine Corps Air Force Base in Yuma, Ariz.

The AH-1Z Viper is manufactured by Bell Helicopter and has been in service since 2010, having completed its first test flight in 2000, according to the company.

The Viper design is based on the AH-1 Super Cobra helicopter, which was used by the Marines in one variation or another from the early 1970s to 2020, according to the Navy press release.

Joint Base McGuire-Dix-Lakehurst is home to five aviation wings, housed by the 87th Air Base Wing. The facility is the combination of three previous facilities and is the only Department of Defense base that houses consolidated Air Force, Army and Navy facilities, according to the base’s website. .

Initial information did not reveal exactly where the plane crashed on Thursday.

Todd South has written on crime, courts, government and the military for several publications since 2004 and was named a 2014 Pulitzer finalist for a co-authored project on witness intimidation. Todd is a veteran of the Iraq War Marines.