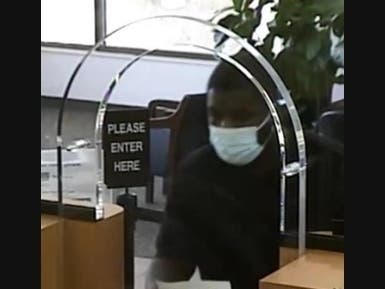 SAN DIEGO COUNTY, CA – The following is a collection of stories from police, firefighters and courtrooms from this week across San Diego County.

The high court ruled that the case should be sent to a lower court and that state law should be applied to determine ownership of the painting.

A 16-year-old boy suspected of stabbing a teenage girl in an apparent hate crime in Lakeside has pleaded not guilty to charges of attempted murder and assault with a deadly weapon.

Arrest made in East County shooting

A teenager has been arrested in connection with a shooting in which officers found a man with a non-life-threatening gunshot wound.

Paramedics took the victim to hospital for treatment of serious stab wounds to the head and chest.

Pedestrian hit by 3 vehicles, killed on highway in East County

CHP officers believe drugs and/or alcohol may have been a factor.

After receiving an undisclosed sum of money, the thief left the bank and fled on foot, officials said.

The victim suffered multiple fractures to his left leg and was taken to hospital with non-life-threatening injuries.

A man believed by police to be homeless has been found shot dead in Chollas Creek.

State prison officials are looking for a woman who escaped in San Diego.

The prosecution’s sentencing documents allege the scheme took more than $1 million from “hundreds” of victims.

The driver continued to follow the 16-year-old and waved the boy over to him, sheriff officials said.

Officers were able to free the victim by lifting and moving his car. He was taken to Palomar Medical Center, where he was pronounced dead.

At least 1 injured in attack in Gaslamp District

Police report that a bottle of some sort was used in the incident.

The annual report found that homicides, rapes and aggravated assaults increased by 3%, 11% and 12% respectively in 2021.

A 16-year-old boy suspected of stabbing a 16-year-old girl in an apparent hate crime in Lakeside has been arrested.

There were no injuries when a vehicle entered a railway track and was struck by a train in the Camp Pendleton area.

Deputies are looking for a teenage suspect after an apparently racially motivated attack on a 16-year-old girl in Lakeside.

Cindy Mydung Luu, 55, and Jason Luu, 47, both of Tierrasanta, were sentenced in federal court in San Diego.

Malia Henderson, 68, was found unconscious and unresponsive in the back seat of her vehicle.

Three people suffered non-life-threatening gunshot wounds to the abdomen after a fight escalated between two large groups of people.