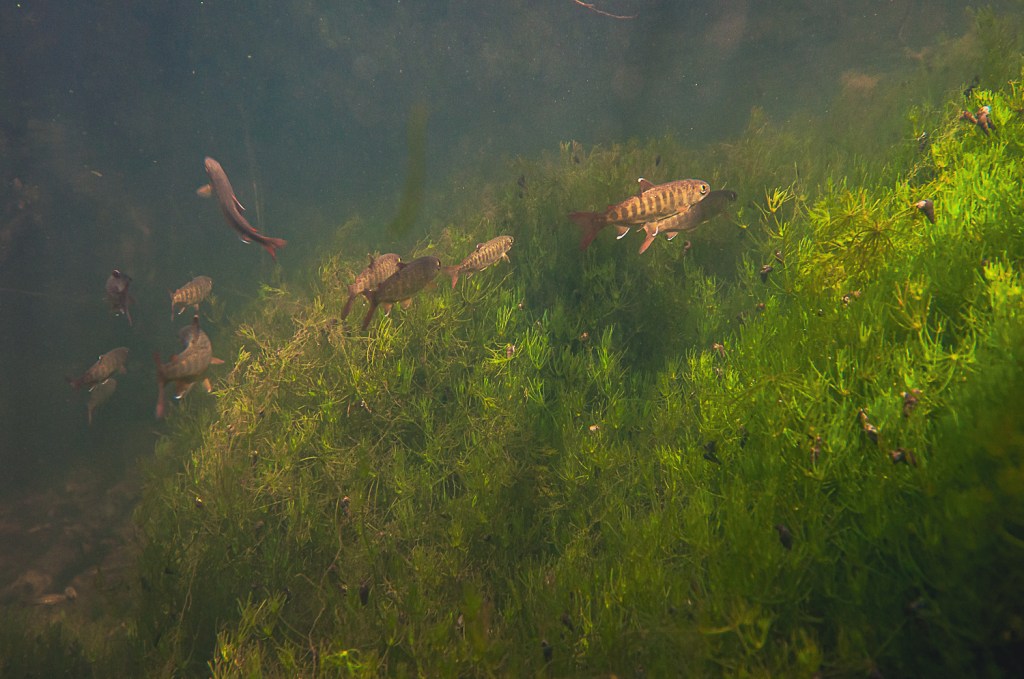 The Environmental Protection Information Center, an Arcata-based nonprofit environmental organization, is among groups listed in a potential lawsuit over the mismanagement of coho salmon in the Shasta River under environmental practices. ‘survival enhancement’ by private entities taking water from this creek.

On Thursday, the Western Environmental Law Center announced plans to file federal lawsuits against the National Marine Fisheries Service, an agency of the National Oceanic and Atmospheric Administration, over a “safe harbor” conservation program that the filing parties deem defective. The Environmental Protection Information Center, or EPIC, is listed as a plaintiff along with the Yreka-based group Friends of the Shasta River.

The Safe Harbor program allows private agricultural interests diverting water from the Shasta River to be exempted from the legal consequences set out in the Endangered Species Act for “taking”, an encompassing term including the act to harm, capture, pollute and kill endangered species. coho salmon in exchange for net conservation measures to mitigate baseline habitat conditions. A press release announcing the notice of intent states that the National Marine Fisheries Service program is based on “misguided biological advice.”

EPIC executive director and attorney Tom Wheeler explained that the safe harbor program was added to the Endangered Species Act in an effort to encourage individuals to do good deeds, but that it is now used by farmers and entities that divert water from the river to circumvent ESA sanctions.

Basic habitat improvements may vary from site to site. As an example, Wheeler said planting trees to lower the temperature of the river at some sites where the water is above the species’ below 15 degrees Celsius range may be one measure taken. as part of the agreement, although it does nothing to prevent harm to a large number of coho specimens.

“That could be an improvement because if we keep the water at 17.9 degrees it might be better for the salmon than 18.5 degrees, but that’s not enough to allow the recovery of the species and to prevent the regular and continued consumption of salmon in the Shasta river,” Wheeler said. “At the same time, (the program) prevents groups like EPIC and Friends of the Shasta River from using the Endangered Species Act to try to force improvements in management behavior that will actually result in a reduction in offtake that will pave the way for recovery.”

Karuk Tribal natural resources consultant Craig Tucker said that while some good steps have been taken under the safe harbor agreement, he says the majority of mitigation measures are insufficient.

“We consider a lot of them to be really weak commitments that don’t deserve a permit under the Endangered Species Act,” Tucker said.

The Shasta River is historically one of the most salmon producing waterways in California with its spring origin and cold water conditions perfect to support the species. Upstream channeling and diversions have severely impacted the river and the species that live there.

“In 1930, it was reported that 80,000 adult salmon were returning to the Shasta. That’s a ton of fish. Now we sometimes get 80,000 all over Klamath,” Tucker said. “So where the fish used to go up the Shasta to find one of these springs near the river that created a refuge area of ​​cold water, they divert the spring water to the cow pasture. . The water fills up with cow poo, gets hot and the water from downstream comes back into the river and pollutes the river… So what they are doing is destroying the most productive salmon stream, maybe- to be in California, to divert it to grow cows.

Although the Karuk tribe is not involved in the lawsuit, Tucker says the tribe does not support safe harbor agreements and agrees with the plaintiffs.