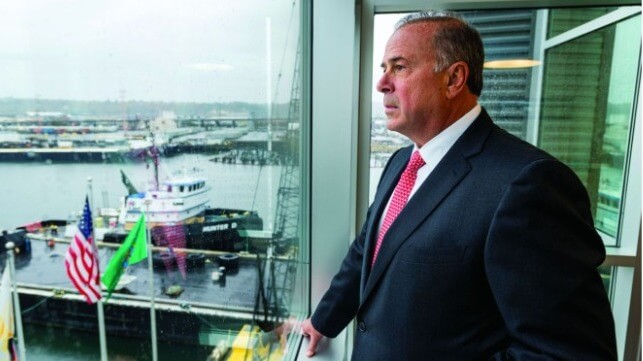 
The former CEO of Centerline Logistics (formerly Harley Marine) has lost a wrongful termination lawsuit, ending the saga of the company’s transition to new management.

Godden was one of two Harley Marine directors who voted to oust Franco in July 2018 over allegations of financial misconduct. The initial attempt was not successful, and Franco was quickly reinstated after appealing to a Seattle court for an injunction. Around the same time, Macquarie – the company’s co-owner – sued Franco for an alleged “long and extensive series of misconduct” to divert hundreds of thousands of dollars of company resources for his personal use. . Franco denied the charges and alleged he was deported because he refused to sell his business.

In January 2019, Franco “voluntarily agreed to step down to allow a search for a new CEO”, citing the disruption caused by the dispute. After he left, he followed up with a lawsuit in Washington State against (now renamed) Centerline and Macquarie. That wrongful dismissal lawsuit is now over, Centerline said Tuesday.

“We are pleased to have this baseless lawsuit behind us and will now seek reimbursement from Franco for the company’s misappropriated assets,” Godden said in a statement.

The center line has changed since Franco left. The company recovered part of Bouchard Transportation’s now defunct ATB fleet; he arranged a trade to take over Foss’s bunkering operations in Los Angeles and San Francisco; he unified the many Harley Marine divisions under one brand; and it is heading towards entering the LNG fueling business.