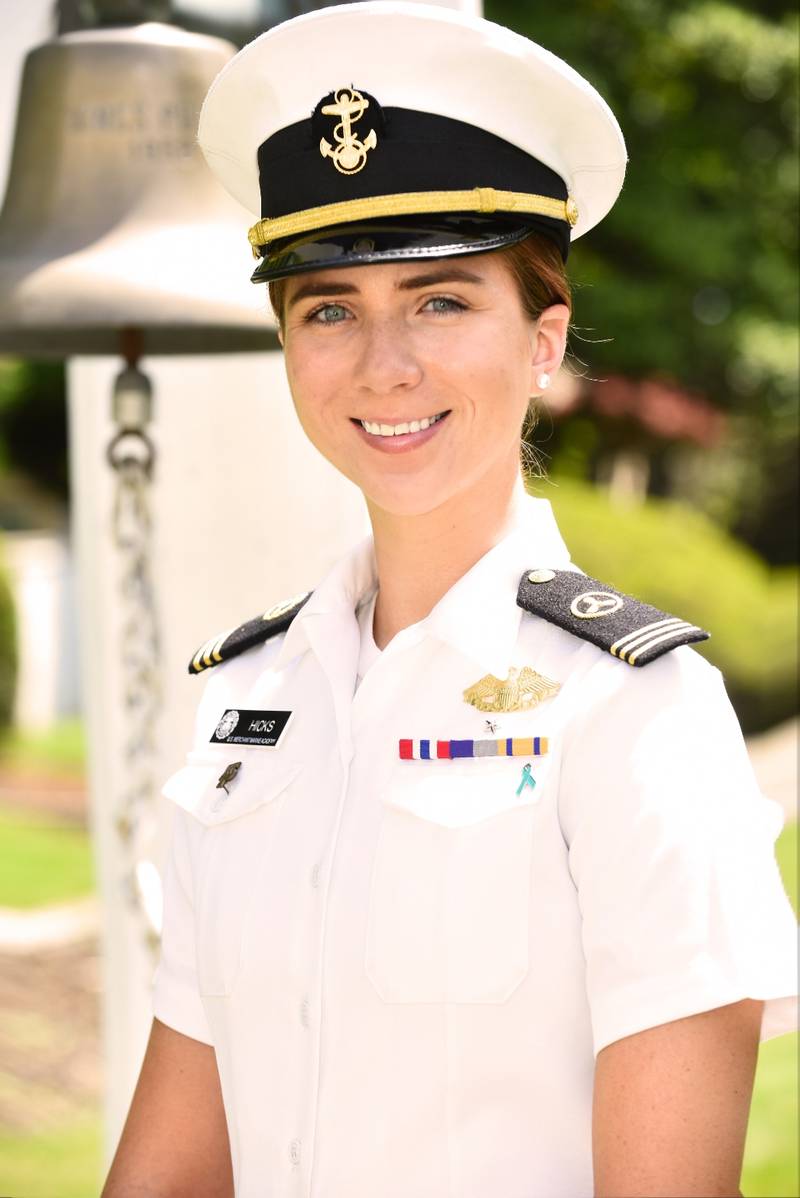 A US Merchant Marine Academy (USMMA) midshipman who shook the shipping industry last year when, going by the nickname ‘Midshipman-X’, publicly described how she was raped by her superior officer while she was serving as an engine student aboard a Maersk freighter, was revealed as Hope Hicks.

Hicks is one of two USMMA students represented by Sanford Heisler Sharp and Maritime Legal Solutions, who said on Tuesday they filed two related lawsuits in New York state court against Maersk Line, alleging the company had failed to adequately protect midshipmen from sexual assault and sexual harassment while working aboard their ships under the USMMA Sea Year program.

The USMMA Sea Year program requires, as a prerequisite for graduation, students to work on commercial vessels for months to gain hands-on shipboard experience. Maersk and other commercial shipping companies contract with the federal government and receive grants in exchange for, among other things, employing USMMA students during their maritime year.

Hicks’ complaint alleges that she was the only woman aboard her assigned ship Maersk during her maritime year in 2019 and that while on board she was raped by one of the ship’s senior officers, a man more than 40 years her senior. According to the complaint, when Hicks confronted the officer, she was told no one would believe her if she made a report. According to the complaint, Hicks suffers from severe and continuing emotional distress as a result of the traumatic events she experienced on the ship Maersk.

The Midshipman-Y’s complaint alleges that she suffered extreme sexual harassment, unwanted touching and discrimination aboard the same Maersk ship two years later. According to the complaint, the Midshipman-Y was severely sexually harassed by a crew member who was known to other Maersk officers and crew to be violent. Although crew members and officers supposedly knew about the harassment, no one intervened or reported the misconduct. The complaint further alleges that Midshipman-Y was treated less favorably than male crew members because of his gender. Driven to desperation, at the first opportunity, the midshipman-Y pleaded with USMMA officials to get her off the ship before her required sea time was over. As a result of the traumatic experience, Midshipman-Y has had to take an academic setback and doesn’t know if she will ever be emotionally capable of completing USMMA.

Representatives of the US Maritime Administration (MARAD), which oversees USMMA, and Maersk did not immediately respond to MarineLink’s request for comment.

“What happened to Hope and Midshipman-Y was both foreseeable and preventable by Maersk,” said Steven J. Kelly, partner at Sanford Heisler Sharp and attorney for the plaintiffs. “Maersk recognized that it had a special duty of care to USMMA cadets, but even after the Sea Year program was reinstated in 2017, Maersk failed to implement and enforce adequate policies and procedures to protect these young women.

The complaint alleges that even after the Sea Year program was temporarily suspended in 2016, Maersk was complacent about its sexual assault and harassment prevention functions. According to the complaint, Maersk’s indifference to her duties was evident when one of Hicks’ Maersk supervisors instructed her to log on to a computer and complete the required sexual assault and harassment training on behalf of a number of other crew members. Following the publication of the Midshipman-X story, Transport Secretary Pete Buttigieg again suspended the Sea Year program in November 2021.

“Speaking out against a powerful company is intimidating, which is why, until now, Hope has refused to reveal his identity, opting instead for the moniker Midshipman-X,” said Christine Dunn, partner at Sanford Heisler Sharp. and lawyer. for complainants. “But, today, Hope is publicly identifying herself in an effort to seek justice for the sexual assault and harassment she and others – like Midshipman-Y – have endured aboard Maersk ships.”

Ryan Melogy, founder of Maritime Legal Solutions and co-attorney for the plaintiffs, who himself is a graduate of the USMMA, noted that “For years there have been reports of widespread sexual assault and harassment in the shipping industry, but nothing has changed. Now, real change could finally be on the way thanks to the bravery of survivors like Hope and Midshipman-Y. These brave young women are standing up, speaking out and saying, ‘It must stop!”

The complaints claim that Maersk’s conduct violates the Jones Act because the plaintiffs’ injuries were directly caused by Maersk’s negligence and failure to provide a seaworthy vessel. Hicks’ complaint also alleges a violation of New York’s human rights law, while the aspirant-Y’s complaint alleges violations of New York’s human rights law and the title VII. Complaints require a trial by jury.