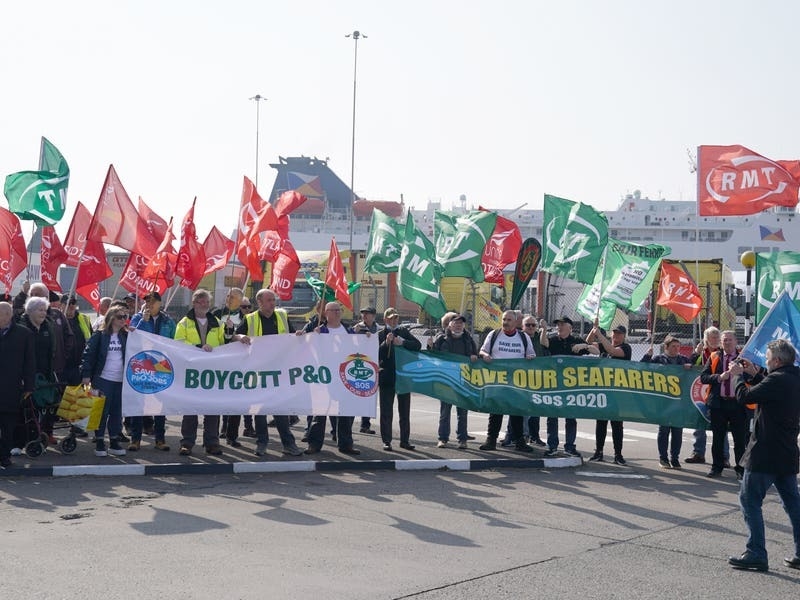 The Rail, Maritime and Transport (RMT) union is planning to block Cairnryan port in protest at the dismissal of hundreds of workers by P&O, the body’s Scottish organizer has said.

Gordon Martin said the union would hold a protest at the port on April 8, asking carriers not to cross the picket line.

He addressed the Alba party’s spring conference in Glasgow, saying the union would also hold a protest at the offices of Clyde Marine Recruitment on Monday – accusing them of recruiting staff to replace laid-off workers.

A number of protests have already taken place at ports across the UK amid calls for the chief executive of P&O to step down.

“Because it will be a fight until the end. If we lose, you all lose too.

“Everyone loses if the bandit capitalists win. ”

“If we lose, everyone loses.”

Mr. Martin also referred to the two ferries under construction at the Ferguson Marine shipyard which have been heavily delayed.

Earlier in the week, a report from Audit Scotland noted a ‘multitude of failures’ which have more than doubled the cost of ferries.

Mr Martin said: “We need new tonnage. We have a few boats at Ferguson Marine and I think I’ll be retired and long gone before they see a break somewhere.

“Because I don’t think they’ll ever be on the water, that’s my honest opinion.”

Clyde Marine Recruitment said it had no prior knowledge of Thursday’s massive sacking last week.