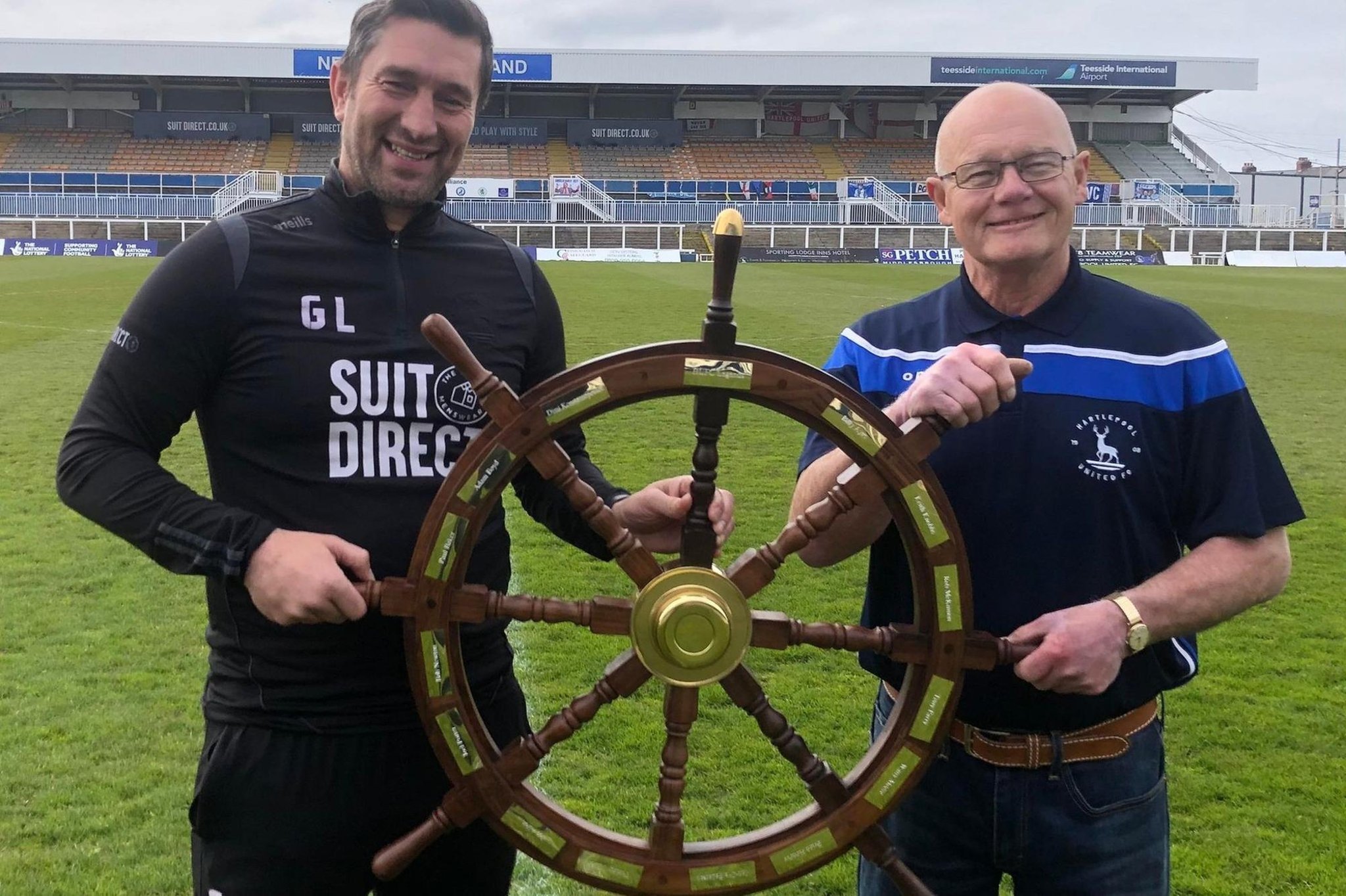 A few days earlier, he had received a football shirt signed by Manchester City and England footballer Jack Grealish.

He also received a unique ship’s wheel engraved with the names of some of Hartlepool’s best-known players thanks to two Hartlepool companies.

Register to our daily newsletter

A £5,000-a-month trial drug from Germany helped stabilize her condition.

The Manchester City shirt was acquired by BBC Radio Tees presenter Paul ‘Goffy’ Gough, who has helped Gemma and the Lee family with charity and raised awareness through his show radio.

Goffy said: “When we took delivery of the wheel, we just wanted to make it very special and unique for Gemma and Graeme to auction off when we received it with them.”

It is engraved with the names of players such as Watty Moore, Billy Ayre, Tony Parry, Joe Allon, Jan Ove Pedersen and Dimi Konstantopoulos.

Lifelong Pools fan Billy said: “The problem was picking a side from the very best in the club’s 114 year history because there have been so many legends who have played at the Vic for the club.

“It was great that Goffy, Cedric and myself, all based in Hartlepool, were able to combine to help Gemma and Graeme with something that will end up being something very special for someone and more importantly help the very special Lee family in their difficult life challenges.

Graeme said: “Both items are super special and we want to say a big thank you to everyone involved for the care they have shown and for helping the cause. It was really uplifting for all of us.