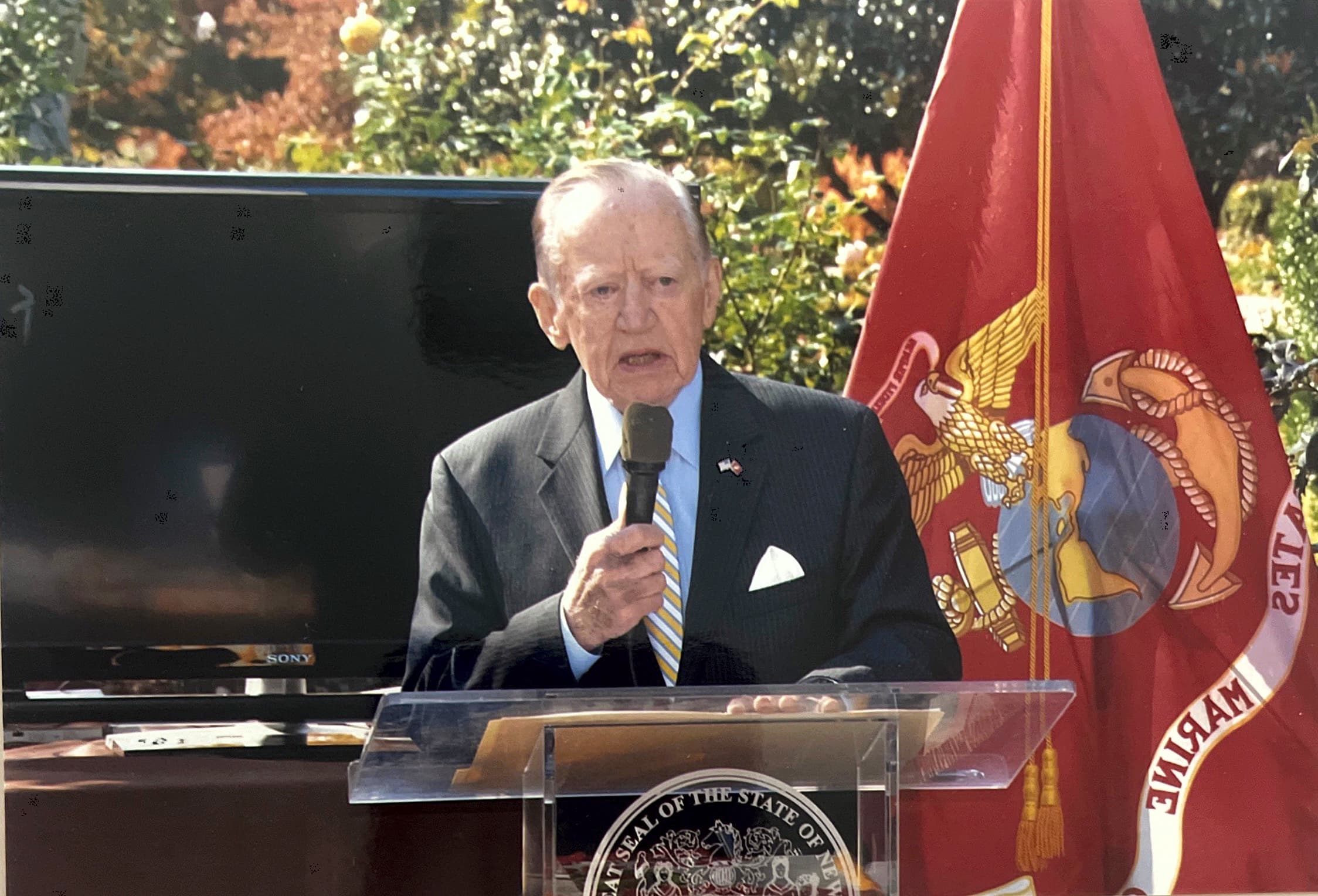 Statements on the Death of Jack McGreevey

“It is with real sadness that we mourn the passing of our friend and mentor, Jack McGreevey.

Jack, a proud Navy veteran, has worked in the 19th District Legislative Office in Woodbridge since 1998. His focus and passion was to serve veterans who lived in Carteret, Perth Amboy, Sayreville, South Amboy and Woodbridge, ensuring that they receive the services and benefits to which they are entitled.

Over the years, we’ve seen Jack drive veterans to the local VA, accompany them when they apply for their benefits, and then follow them over the following weeks, months, and years. Jack – who enlisted on his 17th birthday to serve in World War II – was so proud of the opportunity to serve in the US Armed Forces; he considered others who fought as his true brothers and sisters. He defended them with passion and without fear; his loss will have a huge impact on the entire New Jersey veteran community.

Our deepest condolences go out to the McGreevey family, who are so proud of Jack’s work. It was an undeniable honor for us to know this man, to work with him and to marvel at his decades of service to veterans.

On behalf of the 19th Legislative District office, as well as the many constituents Jack has served over the years, we express our gratitude on this very sad day. There was no one like Jack, and we are better public servants to have had the opportunity to see him work.

“Laurie and I are deeply saddened by the news of Jack McGreevey’s passing. We have had the honor of working with Jack since the beginning of our respective careers. His values, principles and no-nonsense approach have shaped us both over the of the past 30 years. Anyone who has worked with him on a big event remembers a time when he was giving you advice, you were praying you got it right, and hoping for that pat on the back afterwards. His service to our country and to his family has never ceased. As an enlisted Marine, he always carried that noble trait of being selfless in any endeavour. His work with veterans had an incredible impact on so many families across the New Jersey. He was the epitome of the ‘greatest generation’. He will be truly missed.”

“Tammy and I are deeply saddened by the passing of Jack McGreevey.

“Jack once said, ‘Being a Marine was the best thing I’ve ever done, I’ve had the honor to serve.’ Jack’s official military record may show five years of service, but we all know he served proudly and humbly for decades. He spent every day honoring the people of New Jersey who served our nation, as respected voice of veterans and as Veterans Liaison for Senator Joe Vitale, Speaker of the Assembly Craig Coughlin and MP Yvonne Lopez We were honored to welcome her to Drumthwacket for the celebrations of the Marine Corps birthday he helped organize.

“Our condolences go out to Governor McGreevey and his sisters, Caroline and Sharon, and their families. I hope they find comfort in knowing that New Jersey shares their loss. Jack so perfectly represented the selflessness of all who wear our nation’s uniforms – he put our nation above all else and his fellow New Jersey people before him. We should all strive to be such an example.

“Jack McGreevey’s passing leaves me inspired and grateful to have known him as a man of great integrity and agency. He was the proud father of three children, including Governor McGreevey, and a selfless leader and fully dynamic.

In perfect alignment with the military creed “Leave No Man Behind”, Jack fought to the bitter end for the welfare of all active duty and veteran women and men here in New Jersey. Nothing brought him more joy than rewarding and celebrating the members of our armed forces and our veterans. Nothing gave him more satisfaction than promoting legislation and policies that made their lives better.

It’s men like Jack McGreevey that make me even prouder to have served as a Marine. He embodied honor, courage and commitment.