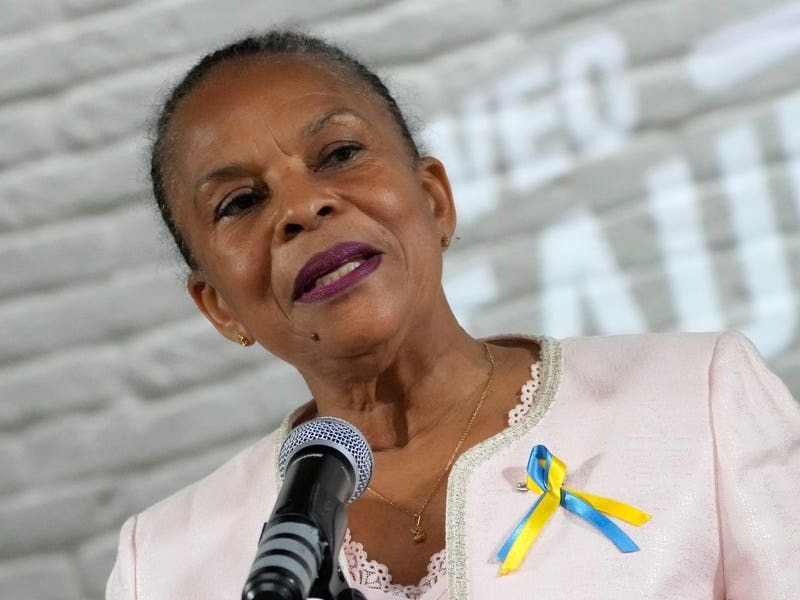 The feminist icon of the French left abandons the presidential race

A French feminist, champion of minority groups and icon of the left, has said she is dropping out of the presidential race in France.

Christiane Taubira told a press conference on Wednesday that she would not be able to garner the 500 endorsements from elected officials required by French law to run for president.

The rule is intended to limit the number of candidates for election.

With 181 endorsements, Ms Taubira, a former justice minister and latecomer to the race, was unlikely to meet the requirement by Friday’s deadline.

Polls had shown Ms Taubira had marginal support ahead of France’s presidential election, which is due to be held in two rounds on April 10 and 24.

In 2002 Ms Taubira became the first black woman to run for the French presidency and won 2.3% of the vote.

Other left-leaning candidates have managed to meet the sponsorship requirement, including far-left figure Jean-Luc Melenchon, Green candidate Yannick Jadot, Paris Mayor Anne Hidalgo, who is the Socialist candidate, and Fabien Roussel, who is running for the Communist Party.

Two far-right hopefuls in this year’s race also feared they might have to step down. But the latest count from the Constitutional Council, which validates the endorsements, places Marine Le Pen and Eric Zemmour above the 500 mark.

The names of elected officials supporting presidential candidates have been made public since 2017, making local officials reluctant to endorse candidates with extremist views.

Centrist President Emmanuel Macron was the first to receive the necessary number of sponsorships. He is expected to officially declare his candidacy for re-election in the coming days.

Polls show Mr Macron is the frontrunner in the April election. Conservative candidate Valérie Pécresse, Le Pen and Zemmour are the main challengers.