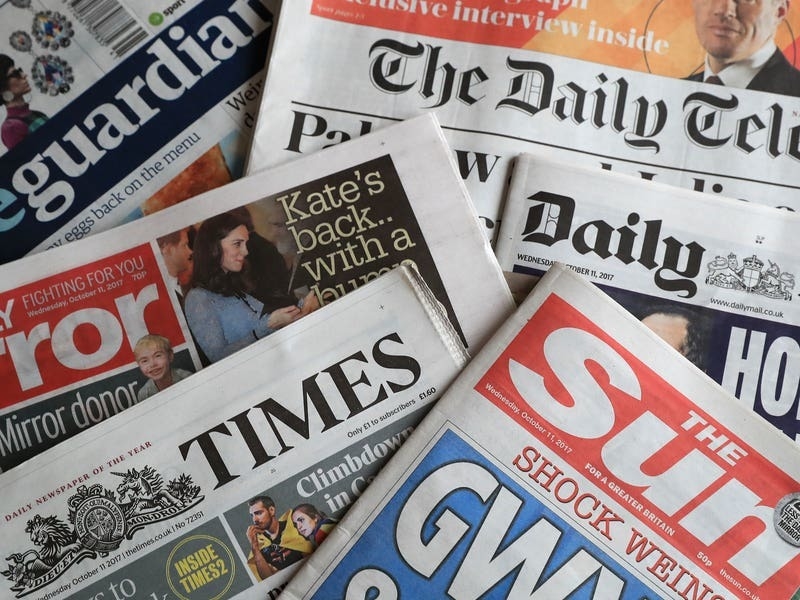 What the Newspapers Say – April 11

The misfortunes of Rishi Sunak, a monarch exhausted by Covid and the French elections are making headlines.

The beleaguered chancellor referred to Boris Johnson’s independent adviser on ministerial interests as he sought to answer questions about his family’s financial affairs, according to The Daily Telegraph.

the I says the move means Mr Sunak’s hopes of becoming prime minister “seem almost over”.

The Independent reports that more than 550 food banks have warned the Chancellor that they are close to ‘breaking point’ due to a surge in demand.

Home Secretary Priti Patel is quoted on the front of the Daily Mail accusing environmental activists of “inflicting fuel shortages on motorists”.

The Queen was left ‘very tired and exhausted’ from suffering from Covid-19, reports the DailyMirror and Metro.

The French election is covered by the FinancialTimes, The temperature and The Guardianwho say incumbent Emmanuel Macron is set to face far-right rival Marine Le Pen in a runoff for the presidency.

The sun carries a photograph of a newly married Brooklyn Beckham and his American bride Nicola Peltz in a convertible Jaguar, believed to be a wedding gift from the groom’s father, David.

And the daily star looking forward to warmer weather as it anticipates a ‘good Friday’ for those staying Easter.