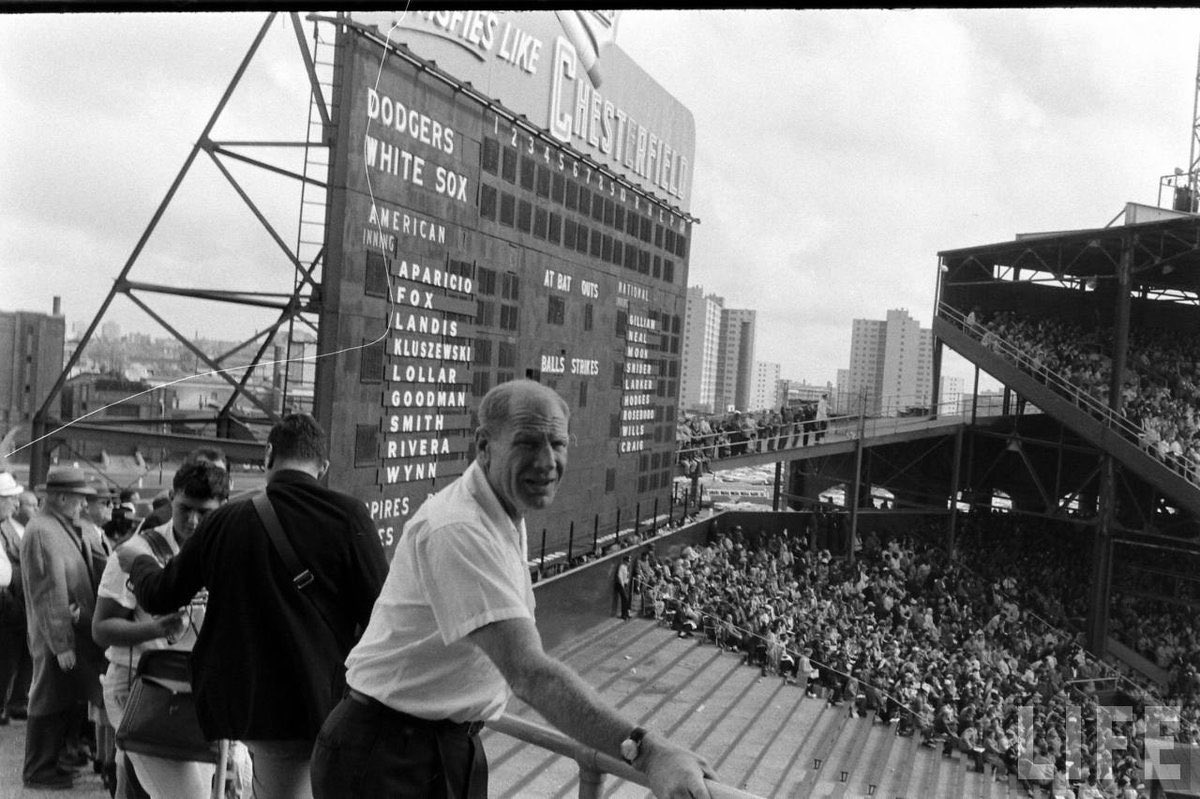 This offseason, during times of labor disputes in baseball as players and owners debated who might come out on top in negotiations, one name came to mind. It was the name of a man who was more than just an owner, but a showman. The man’s name was Bill Veeck.

William Louis Veeck Jr. was born on February 9, 1914 in Chicago, Illinois and would become a pioneer in how baseball could appeal to everyone. He was an innovator who brought changes to a dull black and white sport and gave it color. Veeck got his start in baseball in 1937 as a north side salesman for the Chicago Cubs and also worked in concessions for the White Sox. Veeck is the man who came up with the idea to plant the now famous and beloved ivy at Wrigley Field.

After owning and selling the Triple-A Milwaukee Brewers and trying and failing to buy the Philadelphia Phillies, Veeck set his sights on Cleveland. In 1946, Veeck bought out the Indians and began improvements. He put the Indians on the radio first, then moved the team to Cleveland Municipal Stadium. In 1947, he signed the first African-American player to play in the American League, Larry Doby. In 1948, Bill Veeck signed the oldest rookie in major league history, Satchel Paige. The same year, Cleveland won its first pennant and its World Series since 1920. After a stopover in Saint-Louis with the Browns, Veeck returned to the Chicago White Sox in 1959.

Seeing that the White Sox would be for sale due to conflicts in the Comiskey family, Veeck and a group of investors bought a majority stake in the White Sox in 1959. That year turned out to be a special one, as the ” GO GO Sox” went on to win the pennant, their first in 40 years. Over the next two years, under the watchful eyes and creative mind of Bill Veeck, the Sox set attendance records. He also set place the now iconic explosive scoreboard that has been a staple of the White Sox home ever since.Due to poor health, Vecck sold his stake in the White Sox in 1961.

Veeck’s health had been an issue since his time in the US Marine Core. He served three years in the artillery unit where he lost his foot and then his leg to an artillery piece that recoiled into his foot. An avid smoker, he used his fake leg as an ashtray, proving that he was always innovating.

After failed attempts to buy his way back into MLB with offers for an expansion team in Los Angeles and a failed purchase of the Washington Senators, he bought the White Sox again in 1975. His creativity led him to now give Hall of Famer Minnie Minoso at bat in 1976 and again in 1980. He invented the collared jerseys and shorts that Chris Sale loved so much. Veeck also asked Harry Carry to sing what he would become famous for, Take me to the ball game. The most infamous promotion Veeck has ever been in was in 1979. During a double-header against the Detroit Tigers, disc jockey Steve Dahl put on Disco Demolition. The event and the crowd became so unruly that the White Sox were forced to forfeit Game 2 of the double-header.

After struggling to keep pace with other teams’ spending in the new era of free agents, Veeck decided to sell the team for the final time in 1981. Bill Veeck remained active in baseball, writing and going to Cubs games until his death in 1986, then going to the Baseball Hall of Fame in 1991.

Bill Veeck was more than just a baseball owner. He was an author, a scholar, a pitchman, a businessman, a creator, but above all, he was a baseball fan. At a time when most fans think of baseball owners as suit-and-tie corporate CEOs who only care about the last dollar, Bill Veeck tried to give the fans – all the fans – a good time. He tried to create something that was more than just watching the big baseball game. He created an experience for everyone, some of which still survive today.

So when you see that big scoreboard in center field light up when you next walk into the ballpark, tip your cap to big Bill Veeck.

Follow us @ SoxOn35th for more updates throughout the season!

Can you pay your mortgage with a credit card?